By Matt Wang | September 04 2017
The GS43 has been the most compact member of the GS family. The 14” chassis with VR Ready performance makes it one of the most portable gaming notebooks. We’ve tested it out with a few different games and here’s what it’s like to game on this small beast.

--- Test Unit ---
We’re using the GS43VR Phantom Pro, with Intel Core i7 processor and NVIDIA GTX 1060 graphics.
This particular unit came with 256GB M.2 SSD and 1TB HDD storage, plus 32GB DDR4 memory. (Also its maximum RAM capacity, though running games only takes up a fraction of that)
*pre-installed storage and memory may vary. We started things off with something fun & entertaining. The Rocket League is known to both casual and hardcore gamers, and can often be seen in LAN parties. Its less-graphic-intensive characteristic makes it even more popular as you don’t need to trade-in a kidney to afford a playable gear.
Since steering works better with joysticks than keyboards, we’ve paired the GS43 with a Microsoft Elite Wireless Xbox Controller. With the room full of other wireless devices, the wireless connection stayed very stable throughout the test. No noticeable lag in controller or Wi-Fi was observed. We wanted to test the notebook to its limit, so we cranked up every setting to the highest config and checked every box there is. And to no-one’s surprise, the fps count was still through the roof. Comment: Set everything to the highest possible when it comes to casual games. It’s like a walk in the park for the beast. At first launch, the game automatically detected the spec and suggested the “High” preset. Just out of curiosity, we decided to ignore that and go straight to “Custom” to set everything at Ultra. (lol~) Comment: A consistent >60 fps with everything at Ultra and all the anti-aliasing at max? We’ve maxed out the game settings before we could even max out the GS43.

Obviously, we were nowhere near the limit of the GS43. It’s time to move up the pace, and bring in something more hardcore.

For this game, we had to put away the controller and bring back the mouse. (We’re just one of the many who can never aim properly with joysticks) Titanfall 2 is the much-refined sequel of the series, now with single player campaigns. What sets it apart from other FPS games is the ability to summon and board the “Titan”, a huge AI robot with sick artilleries that instantly escalates the fight. Upon summoning, the Titan would drop from the sky for the pilot (player) to board, hence the name. The recommended settings already had everything on “High” with anti-aliasing. Then all we did was turning off V-Sync and frame rate cap so we could record the actual achievable frame rate. With settings at High, the graphics looked truly astonishing: terrains were filled with details and vivid colors; lighting and shades of the robots (friend and foe) looked shockingly real; effects from weapons added even more tension to the game. If performance allowed, we highly recommend finding an outdoor scene and experience the difference between High and Low settings. Here’s what you’ll be missing out if you can only render this game at low settings. Notice how the lighting and shadow look more realistic, with different shades of green on the foliage, on High settings; while the Low settings seem to just have the brightness blown out, which definitely looks brighter but not true-to-life. (The actual difference is even more visible as the screenshots are somewhat compressed) High-quality image means nothing if the gameplay itself is horrible. Luckily, we weren’t let down by the power of the GS43 and GTX 1060. Even the 59fps minimum-recorded frame rate is smooth, with 97fps on average. Comments: Being able to run AAA titles at high settings smoothly is no longer a desktop privilege. The GS43 nails it with just a slim 14” chassis.


OK, we know this is not a AAA title, and is even still in beta (early access). Nevertheless, the game has been crazy hot: Top 3 on Steam player count. It even made the top-selling chart during Steam Summer Sale, WITHOUT ANY DISCOUNT. This along made us think it would be worth a try, see if a portable GS43 can take on the popular title that’s not even fully optimized. 
The game itself may not be aiming for ultra-photo-realistic aesthetics, but instead, features a huge map in order to fit 100 people into this “Battle Royale”. With long-range visibility and complex terrains, it sure is pushing the hardware to work. Again, we went with the High preset for the graphics, with only the Foliage at the minimum.
(Pro Tip: some foliage only appears at high settings, giving the illusion that you’re well hidden, when in fact everyone else can still see you. This will probably be patched in the future though) The framerate hovered around 60fps throughout the game and rarely drops below 40fps. We consider this to be a pretty acceptable result for a beta game, and would probably be improved as it gets closer to the official release.

Benchmarks may not directly represent user experience, but are still good for establishing comparison baselines. We went with the most common Fire Strike and the latest VR Mark, and both generated excellent results.
We tried running the tests multiple times to get an average read, but the difference was pretty much within the margin of error. Thanks to the effective cooling, the Fire Strike score even surpassed the average GTX 1060 recorded by NotebookCheck.net.

Comments: Better cooling made the GS43 beyond just a GTX 1060.

Of all the scenarios tested, we picked one of the most demanding titles and tested the temperature of the GS43 during gameplay: The result was promising.

Here’s a baseline of the temperature when the GS43 sits at idle. During our Titanfall tests, even the hottest section (see following photo) only measured at 45°C, and was way across from where your hands would be. The left palm rest section doesn’t even exceed 30°C. A GTX 1060 in a compact size itself is already amazing. The exceptional cooling from Cooler Boost 3 just takes it to another level. The above tests were performed continuously, yet not only was there no sign of thermal throttling, the results outperformed many with the similar spec. It just ran smoothly game by game.
With the GTX 1060 strikes the perfect balance for 1080p gaming, the GS43 is an ideal choice for gaming on the go. It’s capable of handling most games at the native resolution with High or even Ultra settings, while being portable enough to fit in most backpacks and some messenger bags. 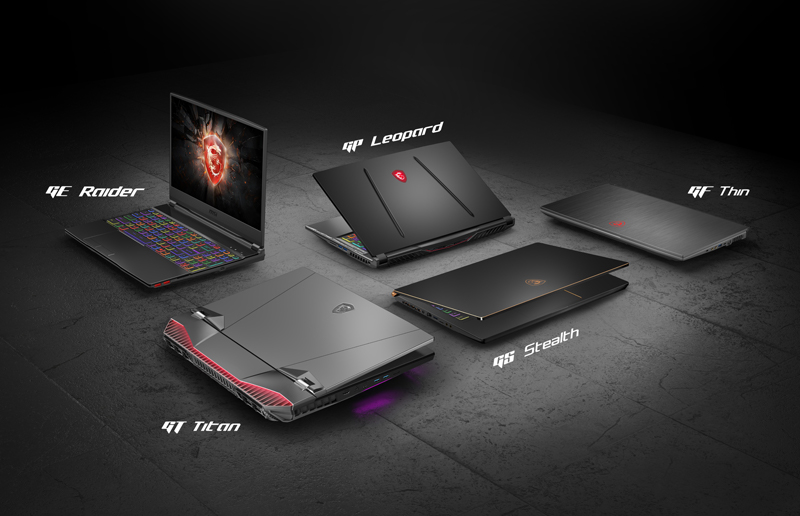