Latest Update: Wed, 19 Jun 2019
[Taipei, Taiwan] Following its co-branding partnership with MSI on the PS63 Modern laptop, Discovery now launches ESPORTS: THE RISE OF THE NEW KING, a special program themed around the thriving eSports ecosystem. This nearly an hour program helps shed light on how gaming has rapidly evolved from a pastime into top-tier sports. Global eSports organizations and tournaments, game publishers and popular games, eSport teams and fans worldwide, as well as the design and manufacture of top gaming gear, all play major roles in propelling the eSports industry forward.

Discovery's VP and GM for Greater China and Korea Tony Qiu says, “Discovery is more than a channel. We are the world's #1 IP content provider who has delved deep into vertical content in hopes of engaging the audience and powering their passions. With eSports surging in popularity, we have seen its potential and launched Discovery Games Studios to create games inspired by various TV shows from Discovery's properties. We also recognized MSI's vast potential in the meanwhile. With MSI gaming laptops' high prevalence worldwide, there is no doubt MSI is one of the major forces behind the success of eSports.”

“MSI's unsparing devotion to eSports not merely captures worldwide attention, but also attracts world-renowned media Discovery to run this program. Through this detailed video, all audience will get in-depth understanding of the eSports ecosystem while realize MSI's role as a mover and shaker who spares no effort to promote eSports through MSI’s highly acclaimed gaming hardware & software, stunning game immersion jointly designed by game developers, and global eSports sponsorships of teams and tournaments,” adds MSI CEO Charles Chiang.

MSI and Discovery will hold a premiere press conference of ESPORTS: THE RISE OF THE NEW KING at Taipei Carry Studio on Wednesday, June 19. Bii (Bi Shu Jin畢書盡), a popular singer who likes playing video games, will be invited to fight a duke with world champion eSports team FlashWolves. The complete program will be premiered on Friday, June 21 in Taiwan, and will be broadcast after the press conference in various countries around the world.

Early in 2007, MSI launched the first gaming laptop GX700, and then, focused on high-end PC design and development. MSI has been always keeping close ties with global eSports gaming communities, and has participated in over 130 eSports events in over 50 countries. With over 7 million fans worldwide, MSI is always listening to fan feedback and reflecting those opinions in future product design. Gamers don't have to go through hassle of familiarizing and adjusting the equipment themselves; instead, they can just enjoy optimized product performance. The global market share of MSI gaming laptops has been ranked first for four consecutive years since 2014. Moreover, MSI won the best PC Games Hardware Award of Germany for two consecutive years and the Best Windows Laptop in the renowned PC Magazine Readers’ Choice Award for two years in a row. MSI even surpassed Apple in the 2018 Gamer's Choice category to become the most recommended laptop brand! As of today, MSI has already sponsored over 20 renowned pro-gaming teams, including Fnatic, FlashWolves, Cloud9, etc. and over 500 amateur gaming teams worldwide. MSI is also the host of world-class MGA (MSI Gaming Arena) tournament where talented pro-gaming teams from all over the world compete against one another and fight for glory. 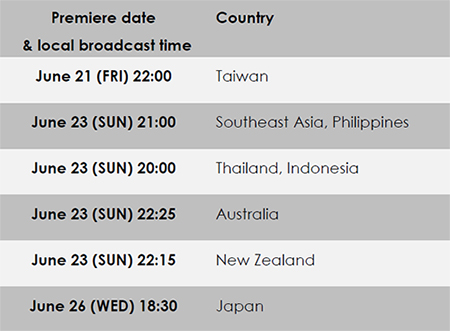